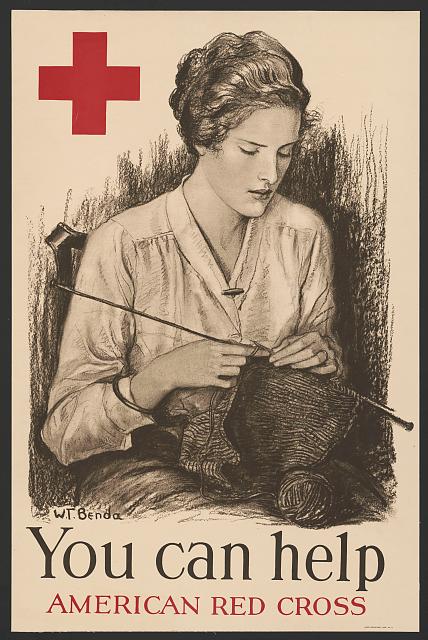 Women and Window Dressing in World War I 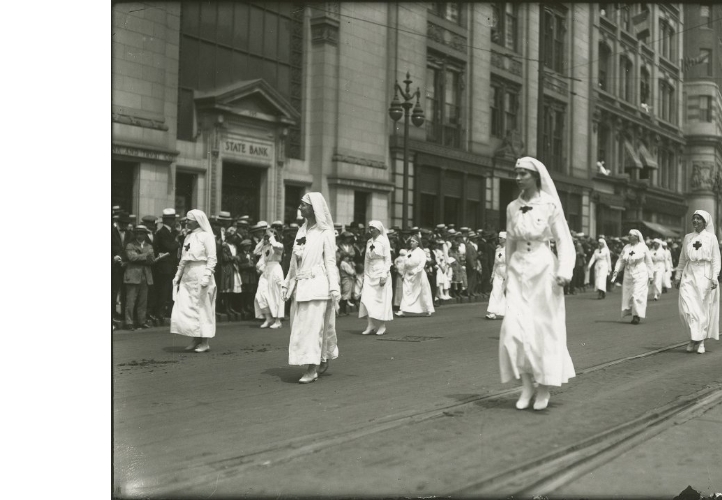 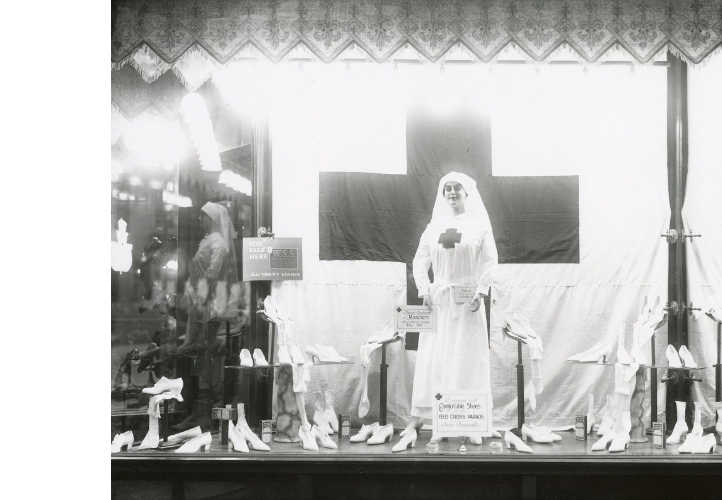 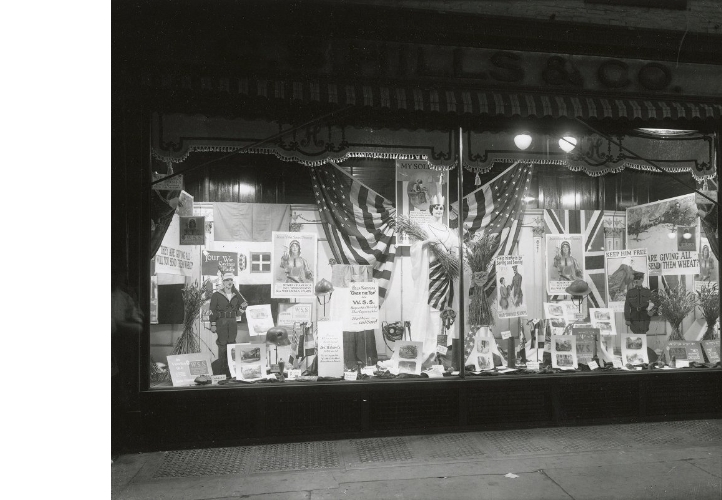 One of the most effective ways the government used to recruit women in Connecticut for war relief was through nationalist propaganda.  The local newspapers and women's magazine were an obvious choice.  However, in order to reach all  the social classes shop windows and department store windows were utilized to make their call to women.

The sense of a common cause for the war effort and nationalist pride was often shown through parades on Main Street in Hartford during World War I. One of the parades that had the most participants including onlookers was the May 18th parade in 1918 in Hartford along Main Street.

In anticipation of this parade and the large number of Red Cross nurses expected to walk in the parade for miles, shoe stores advertised they carried "comfortable shoes for the May parade."  As a centerpiece for their display they had a mannequin with the full American Red Cross uniform including their white shoes to match.

Another woman who took center stage for a window display in Hartofrd was "Lady Liberty."  In a window display of the C.S.Hills & Company  store in Hartford.  She  not only represents nationalistic pride and  promotes giving to the Liberty Bond effort but she is holding wheat in her arms, which she is giving to those abroad who have no food.  Once again women are the symbo lof nuturing like mothers and sisters in a time of need.